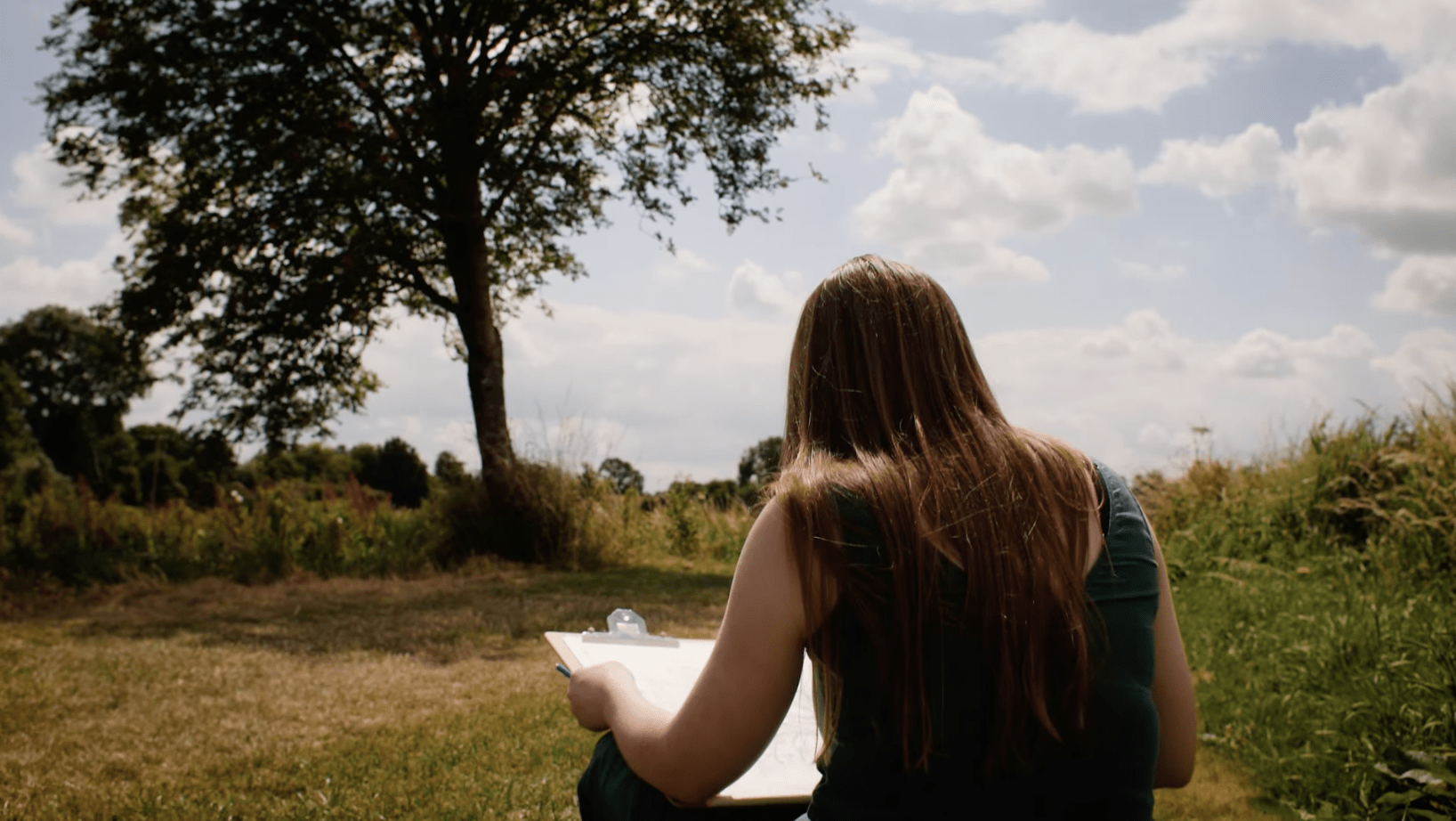 Sketching by the Barrow

Watch a beautiful short film by Waterways Ireland called Sketching by the Barrow, filmed during my nature sketch walk workshop as part of Carlow Garden Festival last summer. (Just click the play button in the image above). Read more about my sketching nature walks here. 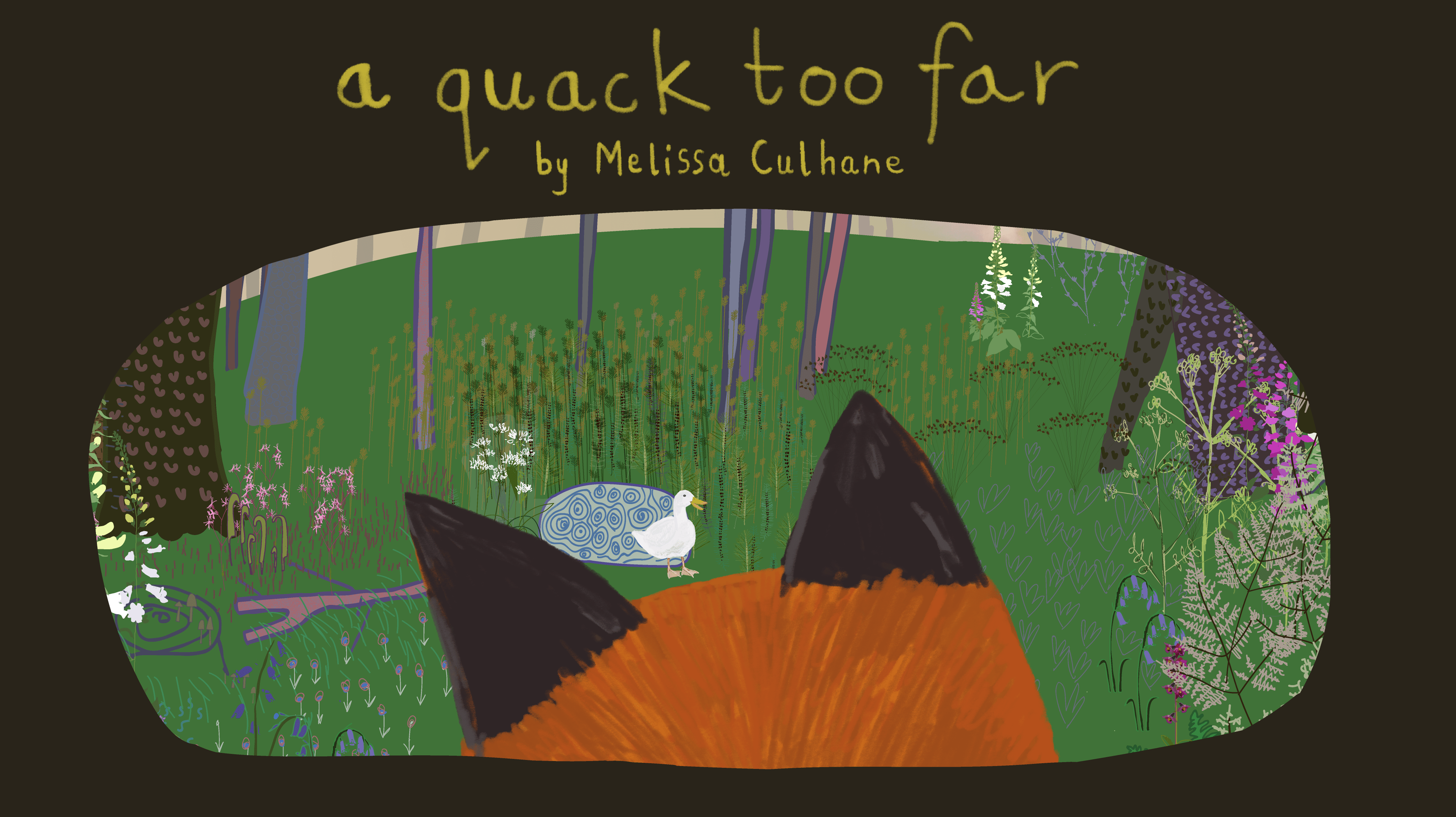 A Quack Too Far trailer

A Quack Too Far

A fox settles down to sleep for the day, listening to the beautiful birdsong in the forest. However, a noisy duck moves in next door and won’t shut up. What does the fox have to do to get some peace? 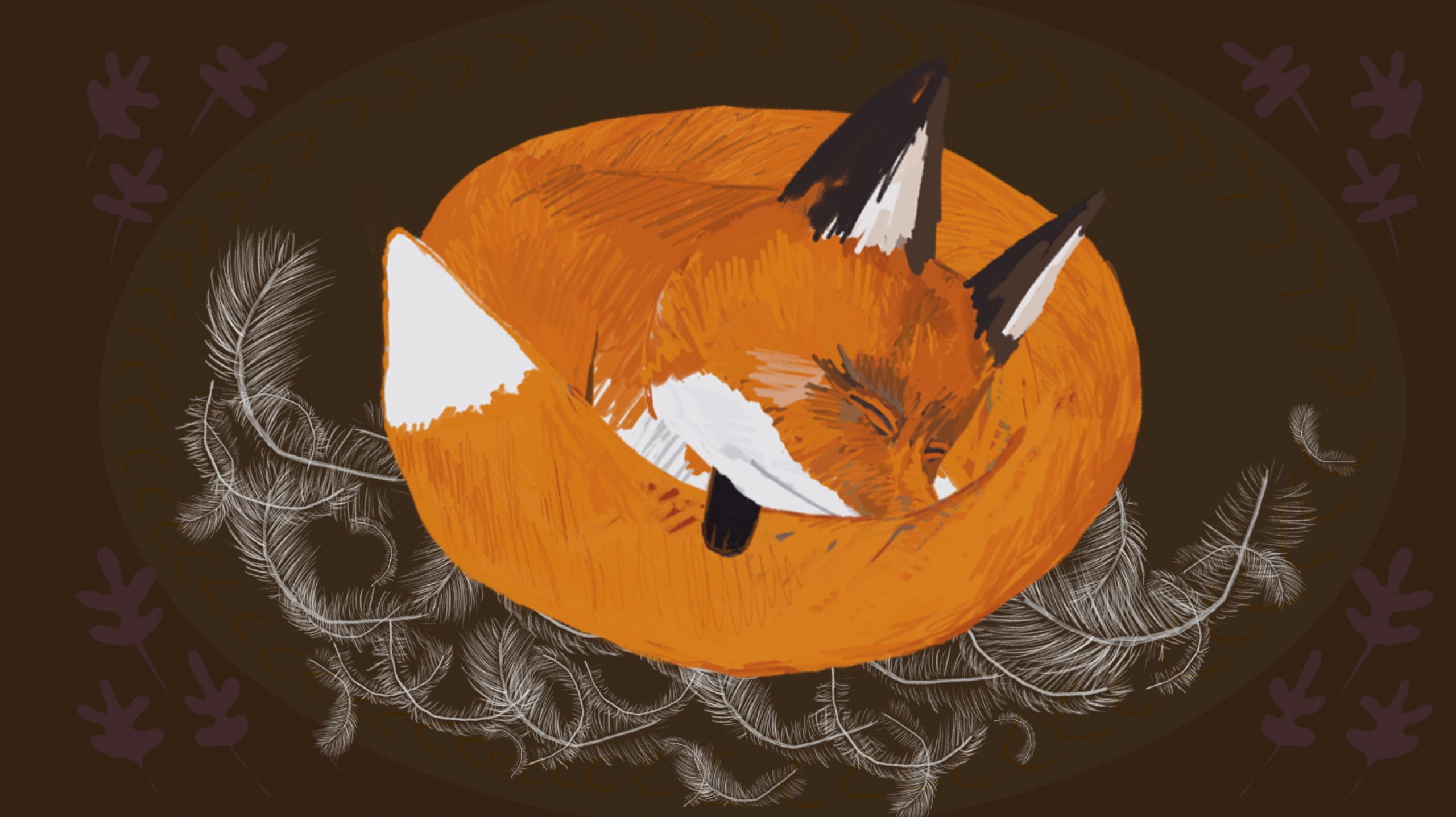 Inspired by the Grimm Brother’s fairy tales, this darkly comedic tale was made during my BA (hons) Animation in Coláiste Dhúlaigh College of Further Education/University of Wolverhampton. I created the backgrounds in Adobe Illustrator and developed the characters in Photoshop. The animation was done in After Effects with the help of a Duik Rig for the fox. Final compositing was completed in Premiere Pro.

I was delighted to be interviewed by the best animation website ever, Zippy Frames, all about how I made A Quack Too Far, read it here.

I’ve been updating the the blog with my latest adventures in painting so take a look :)

Naturama Scéal Trail at Cabinteely Park and at the Lexicon Dún Laoghaire, Dublin

There’s a lovely Scéal Trail (story trail) set up with an excerpt from the summer section of Naturama outside at Cabinteely Park and at the  Lexicon Pavilion Dún Laoghaire  (13 pages I think), set up in celebration of Crinniú na nÓg by Dún Laoghaire-Rathdown Libraries.  So you can follow along and read the book/ look at the illustrations as you go on your nature walk.

Keep Going, Little Snail, my new animated short, is now in production, with the generous support of The Arts Council of Ireland, Donegal County Council and Creative Ireland, and Westmeath County Council.

Little Snail overcomes various obstacles in their quest to reach the best dinner ever – the lettuce plant. It’s a white knuckle action-movie inspired story of bravery and perseverance. Did you ever stop to think how dangerous it is out there for snails? We’re talking bird attacks, flash floods, gardeners with knives….Their life can be taken at any moment but yet they don’t seem too stressed out – if anything they seem to be the definition of zen… They are the perfect of example of being “in flow” – stopping when conditions are wrong then going for gold when they get the green light. You can’t help but root for them and cross your fingers that somehow, they will get their happy ending.

I’m drawing and painting by hand and animating digitally in 2.5D* space in After Effects (*this means almost 3D – flat images that you can move around – a bit like a pop up book). I’m loving the textured effect I’m getting from the inks/markers/colouring pencil combination.

Can’t wait to share it with the world when it’s finished!

A dream project for me as a life long nature lover, Naturama and My Naturama Nature Journal were a joy to illustrate. I got to work on researching and drawing Irish wildlife throughout the seasons and I’m so happy with the result. The books were co created with the writer Michael Fewer and published by Gill Books (I was called Melissa Doran back then!) Naturama came out first and is a beautiful introduction to Irish wildlife, regardless of whether you live in the countryside or in the city, there’s lots of things to learn about and get you started as a nature enthusiast. It was so cool to see it become a number one bestseller (12,000 copies sold!!) and meet loads of wonderful children who were loving the book! My Naturama Nature Journal has projects for children to do outside and field guide notes sections to write and draw in so is the perfect companion book designed to be brought out and about with you. Click here for more Naturama info….